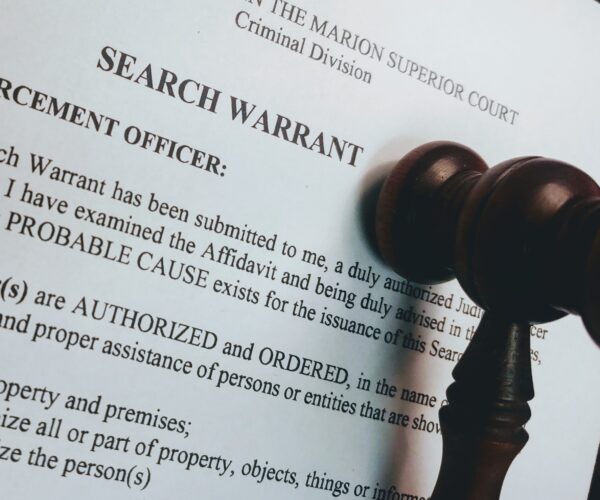 A lot has changed since the original Dirty Harry hit theaters fifty years ago this year. As outlined below, many of the legal points raised in this clip have changed as well. If Scorpio, the serial killer who was in Dirty Harry’s sights, went to trial today, much of the excluded evidence might be admissible.

Apropos of nothing, the fictional Scorpio was based on the real-life Zodiac killer, who was never caught. Furthermore, although Clint Eastwood made this character iconic, he was not the producers’ first choice to play Callaghan. Frank Sinatra was supposed to play this part, but because of an injured hand, the producers were afraid Sinatra wouldn’t be able to wield Harry’s signature .44 magnum.

Procedurally, judges usually resolve search and seizure issues during pretrial hearings. The more evidence a Minneapolis criminal defense lawyer can exclude, the easier it is to resolve drug possession and other criminal charges successfully.

The prosecutor and judge both mentioned the Fourth Amendment’s search warrant requirement. These requirements haven’t changed since this movie was made. Officers normally obtain search warrants in drug trafficking and other lengthy investigations. In possession cases, officers usually rely on search warrant exceptions.

Search warrants must be based on probable cause. Many warrants rely heavily on a CI’s (confidential informant’s) testimony. This testimony is often shaky. Most CIs receive leniency or money, and many people will say almost anything for love or money.

Therefore, if a Minneapolis criminal defense lawyer can undermine the CI’s testimony, many judges are willing to invalidate the warrant.

Incidentally, prosecutors cannot work backwards in this area. The state cannot argue that since officers found what they were looking for, the warrant must have been valid. The warrant stands or falls based on what information was available when the judge signed it.

Traffic stops trigger most criminal cases. If officers see weapons, drugs, or other contraband in plain view, they may seize it, even if they don’t have a warrant. So, if Harry found Scorpio’s rifle in 2021 instead of 1971, it might be admissible in court.

Partial plain view seizures are in a grey area. If an officer sees a rifle butt protruding from under a seat, it might not be a rifle. It might be a BB gun or toy gun. The legality of the stop is the biggest issue. Plain view seizures are only admissible if the officer was legally in that place at that time. More on that below.

Smartphones are an interesting plain view seizure issue. Officers often look through phones and read text messages or look for illegal pornography. In most cases, you have a reasonable expectation of privacy in anything past the home screen. It doesn’t matter if the phone is password-protected or not.

In the movie, Harry burst into Scorpio’s apartment because he reasonably believed a person was in danger. That entry was illegal in 1971, but it would probably be legal in 2021.

In the everyday world, exigent circumstances searches often follow disturbance calls. If officers respond to a complaint about a fight, they can check the dwelling or building to ensure that everyone is okay. Officers sometimes use the exigent circumstances excuse in other situations, such as a response to a noise complaint. But these searches often don’t hold up in court.

Exigent circumstances searches are also limited in scope. Officers may sweep through the building or dwelling. But they cannot look in every nook and cranny, unless they are responding to something like a bomb threat. Furthermore, officers cannot go through a detached building, like a detached garage, at least in most cases.

The DA also mentioned Miranda. Although this case was from the 1960s, the law was still unsettled in the early 1970s. But now, the law is well-established. Police officers must administer the Miranda warnings (you have the right to remain silent, etc.) before custodial interrogation starts.

The bottom line is that unless officers administer Miranda warnings almost immediately, any statements made are inadmissible. So is any evidence officers find as a result of these statements.

Gerald Miller is the principal attorney in Gerald Miller, P.A., a Minnesota DWI Law Firm. He has over thirty-five years of experience in this area. Gerald has been recognized repeatedly over the years for his contributions to DWI defense and his successful representation of defendants.